After years of operating as a successful pop-up, farm-to-table baker Lauren Sophia Anderson will open her first Grain Artisan Bakery + market storefront in downtown Snohomish this fall, with the help of a Kickstarter campaign launched on August 21. 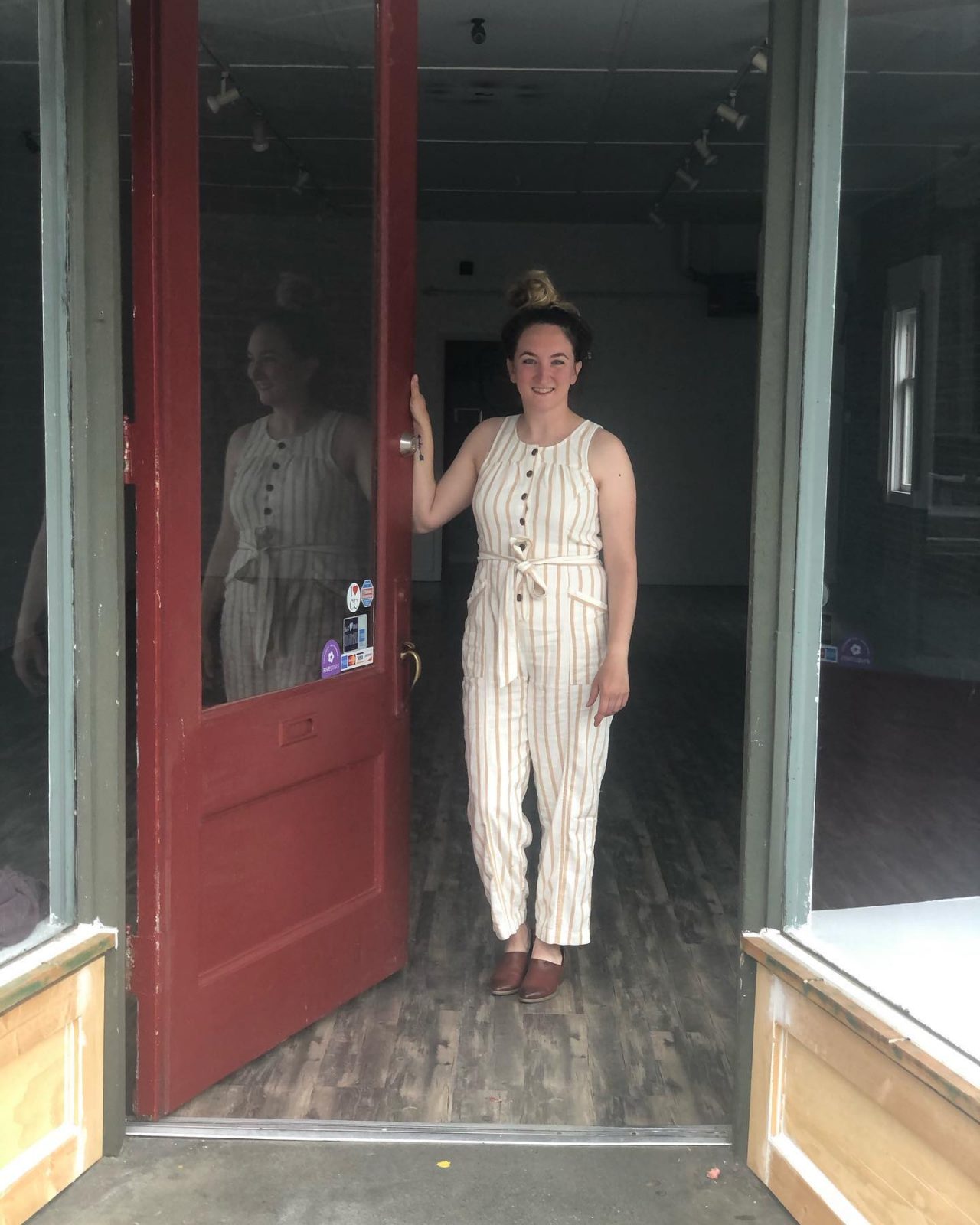 After operating for years as a gypsy pop-up, Grain Artisan Bakery has finally found a home on 717 First St. in downtown Snohomish WA. Grain will open their Snohomish bakery this fall — knock on wood — with help from a Kickstarter campaign launched Friday.

Back this project today!

“There’s something for everyone’s table when you come to Grain.”

Farm-to-table baker Lauren Sophia Anderson hopes to raise $45,000 in a month to help with renovations to the historic storefront, previously owned by The Chic Boatique’s Jenn Higa. Anderson raised $1,500 within five minutes of launching the campaign, then broke $3,000 two hours later. In 24 hours, Grain reached 15 percent of the goal.

Welcome Magazine interviewed the self-taught Grain Artisan baker about realizing a dream years in the making, opening in the middle of COVID, and the one that (thankfully) got away.

Congratulations on the new store, Lauren!

You’d actually found a brick ‘n mortar in downtown Snohomish last year, after looking for quite awhile. When that deal fell through at the last minute, you were crushed, putting the search on hold for fear of getting let down again. How’d this one happen? Was it because you did pop-ups at The Chic Boatique, and they hooked you up?

It was kind of the perfect storm, a much-needed change! We had slowly started to resume thinking of a space of our own at the beginning of the year, and around that time, the Spada family reached out, letting us know they were purchasing the building, and if a spot became vacant, would we like it, because they wanted us there. Of course, I said yes! They are good people. They have a great brewery. And we needed a space to truly call home! Jenn, of The Chic Boatique, had signed a lease for her second location, back in Bothell, pre-COVID, and with COVID’s effects on business, ended up asking me if I’d like her space, so she could focus on her blossoming new space. It was perfect! And oh so sentimental.

You’re hard at work getting the historic storefront ready for your Snohomish bakery during COVID-19. Are you insane? Why do you think you’ll succeed when so many businesses are failing due to the lock down and ever-changing COVID guidelines?

Well, I wouldn’t say I’m insane. But same people have, haha. I think that we happen to be in a unique situation. We’re paying $1,400 per month for less than 300 square feet of oddly-shaped kitchen space, in downtown Seattle; our new space is three times that square footage plus some, for not much more in rent.

We have a well-rounded client base — we aren’t just weddings, we aren’t just birthdays, we aren’t just markets, we aren’t just wholesale — we cater to all sorts of clients. There’s something for everyone’s table when you come to Grain. So we have been able to pivot and adjust our offerings to not only stay afloat, but continue this storefront endeavor. Now, don’t get me wrong — we’ve seen a drastic decrease in sales, since (non-existent) weddings make up about 30 percent of our annual sales, and we are at one of five of our normal farmers markets. But, we’re here to stay!

What makes this storefront so perfect for Grain?

We’re located right downtown, at the east end of First Street, which is great for parking — the core of First Street is such a headache for parking. We’re in our heart community — where we first started, and where we retained the largest percentage of our customers.

It’s sentimental because of the years of Snohomish Farmers Markets right outside the door, and the last year or two of pop-ups here while it was Chic. It has fabulous landlords. The space is dripping with history (which we are trying to uncover and restore!), and is the perfect size.

Grain Artisan Bakery – a Snohomish Bakery like None Other

When the store is finally up and running, what will it be able to offer customers that’s different from other bakeries? There’s mention of a mini-deli market up front…

We are already so drastically different than any of the other bakeries in Snohomish, or even really surrounding areas.

Grain is strictly farm-to-bakery; meaning, we source 80-85 percent of our ingredients locally within 100 miles, and they’re only sustainable, salmon-safe, organically-grown ingredients. The remainder are all non-local items that are organic, fair-trade.

That alone sets us apart, but our second niche is allergen-friendly baking — we are known for our killer gluten-free, dairy-free, vegan, paleo, and keto offerings.

Almost all of our cakes and most of our cakes are gluten-free, and you wouldn’t know it. There isn’t a bakery offering things like this, especially on the north side. And yes, we will have a mini-market of sorts up front; we will have a fridge, freezer, and dried goods shelves filled with local and organic groceries and household staples! Things directly from our farmers that you can’t get in big box stores — the good stuff. It’s our way to help cultivate community!

What will you be able to do with a brick ‘n mortar that you couldn’t as a pop-up?

So much! But I think the thing I look forward to the most, is not having to field the daily, “Where can I go to pick up a cake for a birthday today? I can’t find an actual address…” calls!

How will you celebrate the official opening? Party? Some miso ramen in your new store, all alone, the night before?

That’s actually not a bad idea… I probably will relish in the big moment alone, as that’s how I process things best, with a bowl of garlic miso ramen. We then plan on hosting a few soft openings prior to a grand opening on or near November 1.

We’re still working out specifics of how we will operate, with COVID and all, but we at least have a nice long sidewalk alongside our unit for 6-foot social distancing! 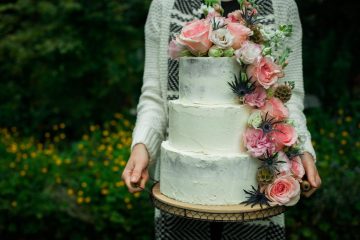 What can people do to help?

The most important thing — our Kickstarter! We are doing our best to restore as much of the history of our unit as possible, and it’s getting expensive, and there are more “discoveries” (not necessarily good ones!) that we find every week that have to be solved and remedied correctly, not to mention all of the kitchen equipment!

We are running a Kickstarter campaign for the final $45,000 we need to get this place fully fixed up and built out for our Snohomish bakery and storefront. We have some great rewards lined up, many of which are simply pre-paying! For example, at the time of this article, we had 2,886 Instagram followers, and if everyone pitched in to pledge just $5, that would be $14,430! Or if half of our followers pre-paid for a slice of cake and a beverage as their pledge of Slice & Sip, we’d have $28,860!

If everyone can pitch in and essentially pre-pay just a bit, or just flat out donate without claiming a reward, we will be able to make this happen! We have until September 24th to meet our goal, but guidelines say, the sooner the better!

If you had a chance to pick between the first store (that fell through) and this one, which would you go with?

I think this one! I think everything happens for a reason. My new landlords are great people. The space from last spring was gigantic, which comes with a gigantic price tag, not to mention that my new landlords priced this place fair, not drastically above market value. I feel like a team with them, not as before when I was working with a middle man agent and out-of-state owners. I learned a LOT of lessons in the past 18 months while looking at and researching numerous places, and planning build-out for the place last spring. It all led to this, though — the culmination of hard work! Everything happens for a reason. This one was meant to be!