Washington State’s new multimodal Ferry Terminal in Mukilteo opened at the end of December. This brand-new facility on the shores of Possession Sound is Washington’s first new ferry terminal in 40 years.

Located a short distance from the previous terminal, this state-of-the-art terminal weaves history throughout the modern, sustainable building techniques.

The design and adornments honor the rich Native American heritage of the area.

The terminal itself follows the format of native longhouses used by the Coast Salish people throughout Puget Sound. The waiting area for passengers resembles the open gathering areas of these longhouses and features views of the water and mountains, including snow-capped Mount Baker in the distance.

The peninsula from which the ferry runs is an important historical area, as the Point Elliott Treaty was signed along this same Mukilteo shoreline in 1855.

Original Native American artwork is featured throughout the new terminal, including a shiny black 26-foot canoe that was built in the traditional style, and hangs from the ceiling. Native spindle whorls, made of metal and painted in brilliant red and black, cap each end of the building. An intricate, wooden carved spindle whorl highlights one end of the waiting area, with woven baskets and smaller carvings on the other side. The backside of the elevator shaft depicts orcas swimming through a kelp forest, hunting salmon in shiny colored glass that welcomes visitors from the sea. A pair of 20-foot-tall native figures on the toll plaza welcome visitors from the land side, too.

Historical signs throughout the site are written in both English and Lushootseed, the Native American language of the region that was nearly lost, and explain the history of the area and its native culture.

The new terminal is built using sustainable architecture and construction. Built to LEED (Leadership in Energy & Environmental Design) gold standards for efficiency, the new facility incorporates many modern, sustainable building techniques. Natural ventilation is prioritized in the longhouse terminal section, with both opening windows and adjacent fans that auto-activate in accordance with the weather, eliminating the need for air conditioning. Radiant heating is embedded in the floors and the roof is complete with both a large solar panel array and a rainwater catch system. The solar panels create more than enough power for the terminal and excess power is returned to the utility company. The rainwater collected from the roof is used in the toilets in the terminal.

Rain catchment gardens throughout the property filter water through earthen sediments and reduce runoff. An advanced storm water percolating system reaches beneath the vehicle waiting area, so that runoff from the paved surfaces is treated to filter out oil and other pollutants, keeping the adjacent sound waters clean.

The Mukilteo/Clinton route is one of the state’s busiest, carrying over four million riders each year. The new, state-of-the art terminal in Mukilteo welcomes all from both the sea and the land. The terminal outside the car deck is open to the public.

Come take a look at this modern, sustainable building, learn more about our area’s rich heritage, and view the spectacular Native American artwork.

There are daily sailings between Mukilteo and Whidbey island from 5 a.m. till midnight. Ticket information, prices, and ferry schedules can be found at wsdot.wa.gov/ferries. ✦ 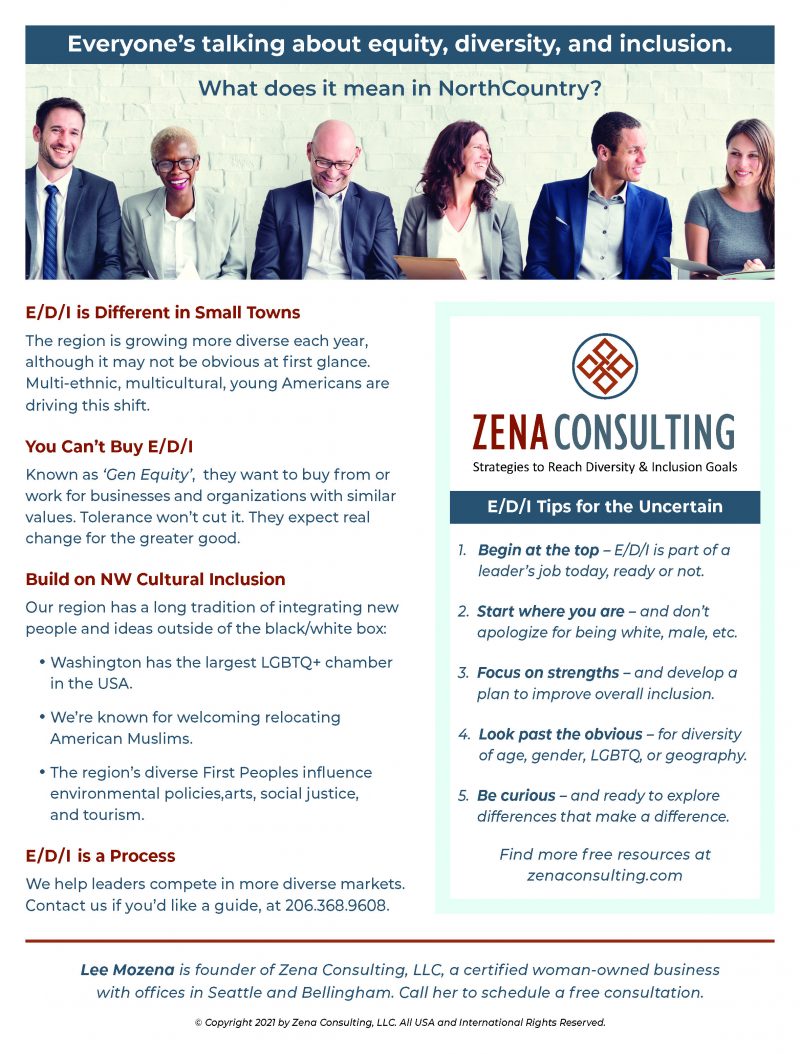 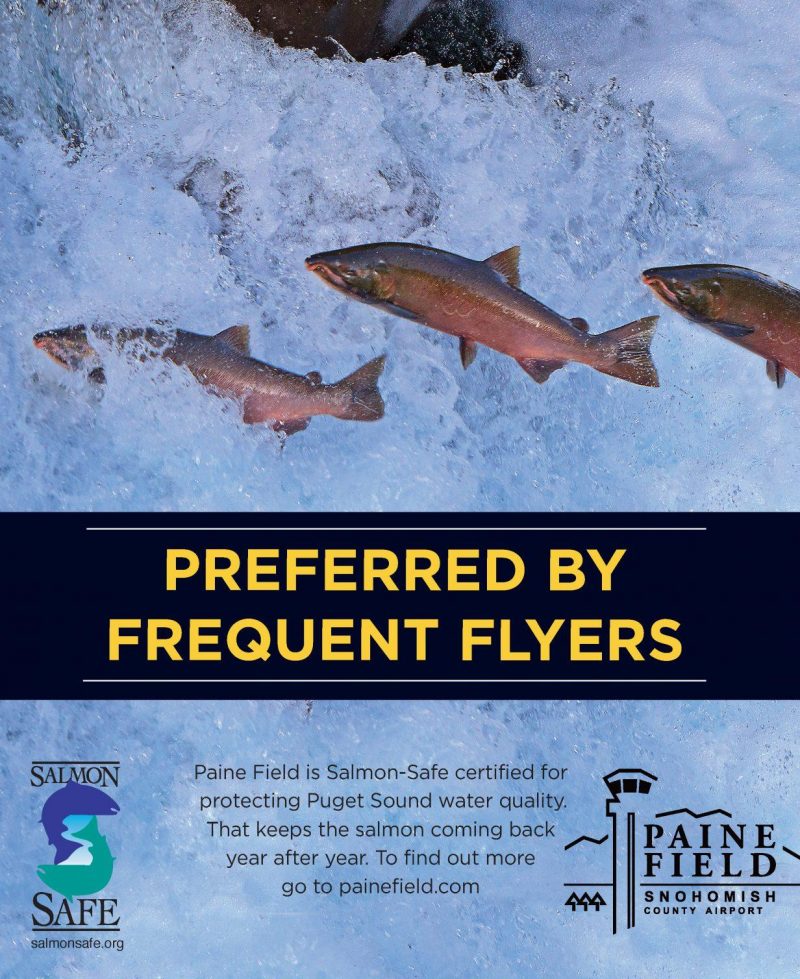 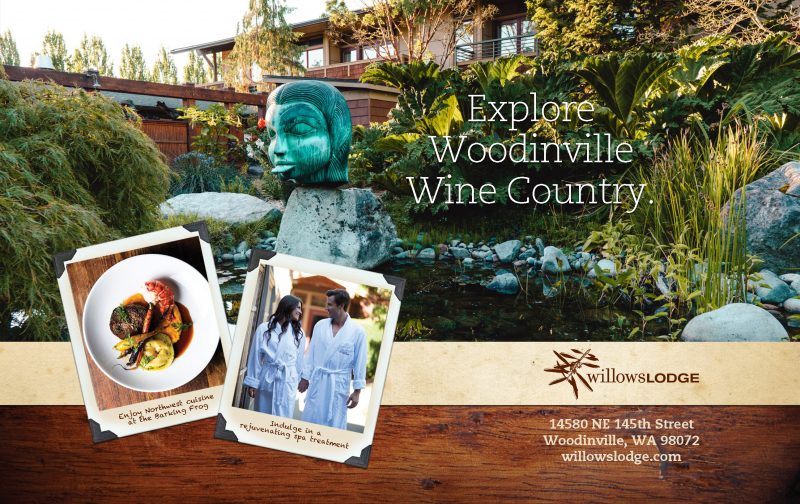 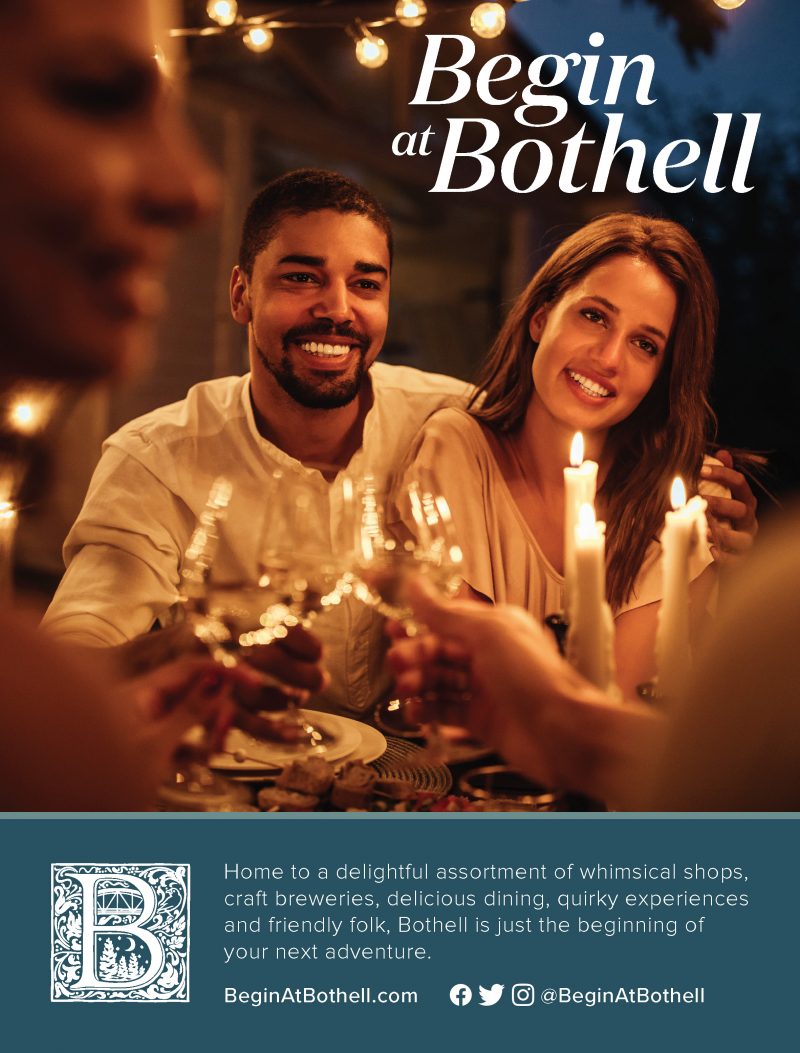 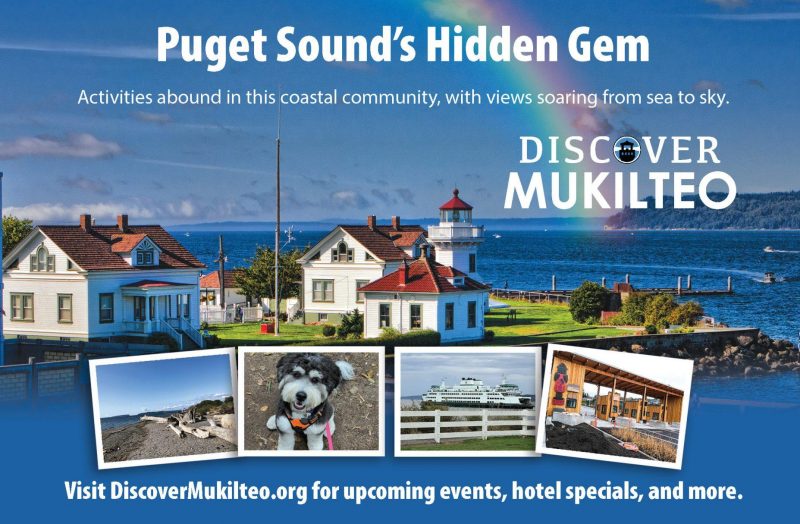 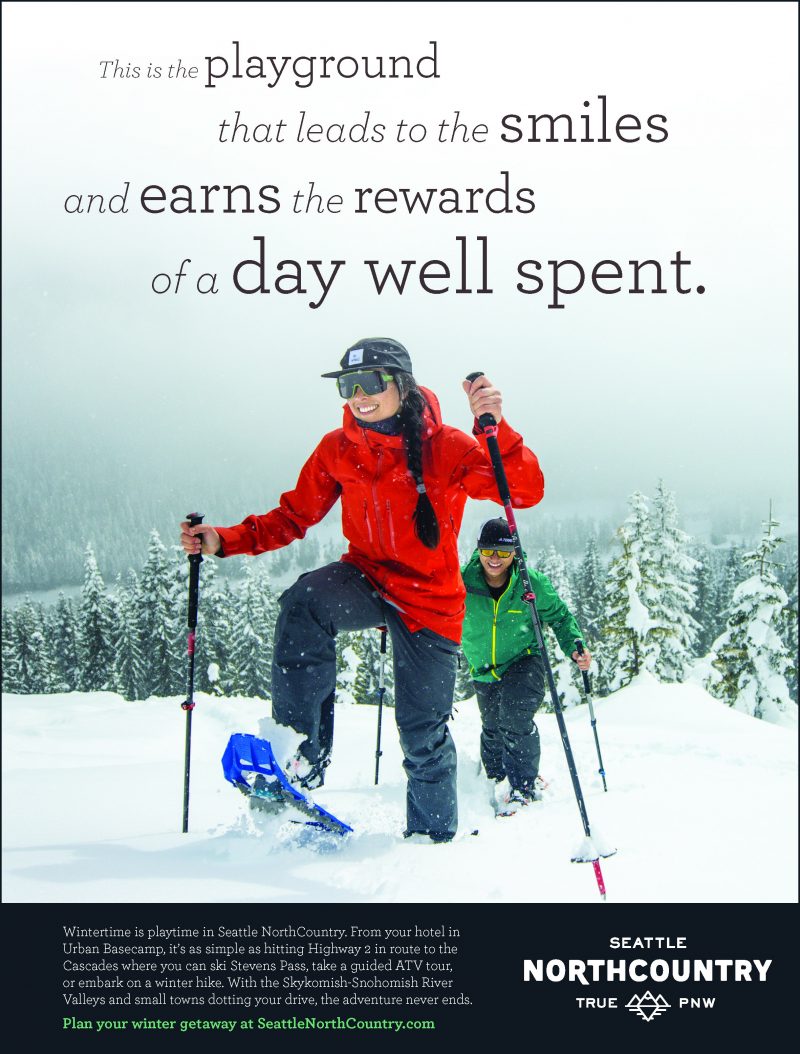